What I like.......McCalls New Fall Patterns

Every sewists know how important pressing is to sewing. Properly pressing a garment makes all the difference between homemade and handmade. Crisp seams and sharp pleats cannot be achieved without pressing. It is even worse when ones iron dies while sewing a project, Ugh..... Well I am experiences that right now. I am finding it really hard to iron without steam, because my iron no longer holds water. Using my fingers to "spray" water is not cutting it. Oh it still heats up, but without steam its difficult to get that professional look. So I've been shopping the interweb for a new budget-friendly new iron. One with verical steam capabilities. I have my eye on one, just need to pull the trigger and I need to do it very soooooooooooon.
Back to the interweb.......
Posted by Kelly at 7:38 PM No comments:

While I Was On A Blogging Hiatus.....

Major changes went on in my craftroom: first I did four furniture redos. 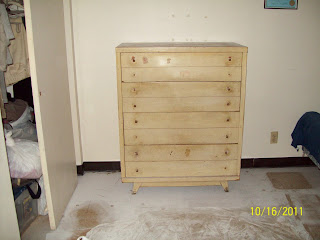 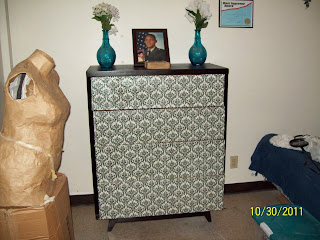 I transformed  an old chest of drawers from blah to fab with spray paint, modge podge, and fabric. I also redid two sewing desks and a night stand. 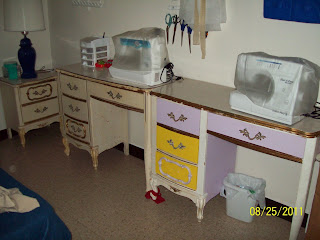 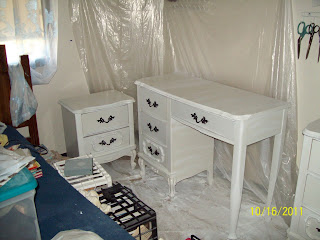 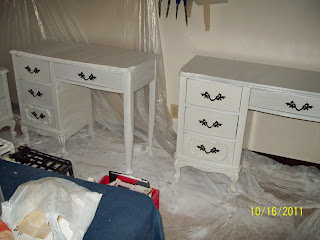 And I welcomed a new sewing buddy to the craftroom a EuroPro sewing machine rescued before it could be given to goodwill by my special guy, he is so supportive of my crafts. I have a few more diys to show later in another post. These were the major projects.
Until next time.......
Posted by Kelly at 9:17 PM 2 comments: